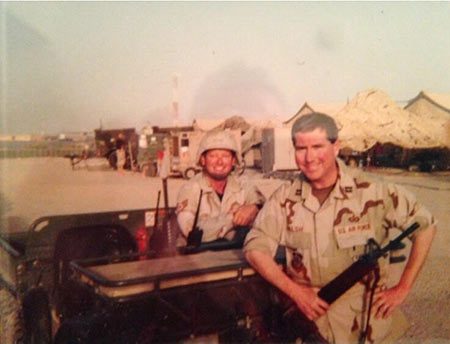 In rough terms, and using the most recent figures available, there are some 665,000 reservists stretched across all branches of the United States military.

Approximately 97,000 of those serve in the Air Force Reserve, the branch many of us think of most frequently because of the proximity to Joint Base Charleston, with its huge C-17A Globemaster III cargo planes. And many of these 97,000 qualify as “seniors.”

But if your mental image of such seniors is a wizened WWII veteran, waving a miniature American flag joyously during parades, think again.

One can join a Reserve between the ages of 17 and 39. If you have previous service in any military branch, you can be beyond 39, provided that is the sum of your actual age minus your years in previous service. For example, if you already served for 10 years, then left the service for civilian life — for any reason other than a dishonorable discharge — and you are now 47, your adjusted age, 47 minus the 10 years you served, would be 37. Therefore, you could re-enlist in the Reserve.

Among those not-so-old “seniors” with service in our local Air Force Reserve units are two men with interesting full-time jobs in their off-duty hours and passion for the on-duty hours.

One man lives in West Ashley, and you probably already know him well, particularly if your TV is tuned to Live 5 News. His name is Bill Walsh, and at 57 he has just retired as a Lt. Colonel. 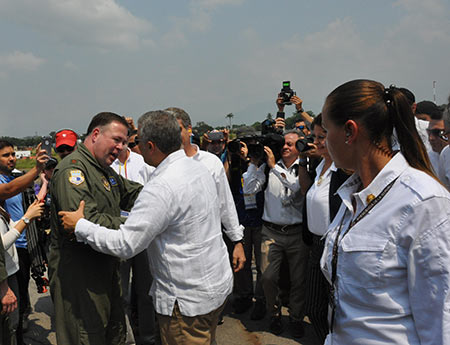 The other lives in Hamlin Plantation here in Mount Pleasant. His name is Wayne Capps, and you’ve probably never heard of him for a very good reason, even though he has played a prominent role in the Charleston entertainment scene. Capps moved through the ranks to become a Lt. Colonel himself, taking the position Walsh recently left as Chief of Public Affairs, 315th Airlift Wing.

Even though they wound up in the same job, Walsh and Capps arrived there by two distinctly different paths. Walsh initially served nine years in the Navy, and Capps, now 45, joined the Air Force at age 17, right out of high school.

Walsh, the genial Chief Meteorologist for CBS affiliate WCSC, joined the reserve as a “great job opportunity” that gave him the chance to serve while keeping his “day job.”

“After 9/11, I was completely motivated to stay in as long as it took for me to help support our nation’s mission,” said Walsh.

In his civilian life, Capps had been a business consultant before opening the now-shuttered — due to COVID-19 — “Holy City Magic” venue. The reason you wouldn’t recognize his name, even if you patronized his magic shows, is because he didn’t use it. A magician since age 14, Capps appears on stage using the professional persona “Howard Blackwell.”

The 9/11 terrorist attack impacted Capps as well. Already a reservist, he found himself and his unit activated.

Both of these local reservists are enthusiastic about their service.

Walsh has flown into combat zones in Iraq and Afghanistan; escorted Neil Armstrong and his fellow astronauts; and accompanied former Marine Corps General James Mattis and former Secretary General of NATO to Baghdad for a secret meeting with Barack Obama. Walsh has also flown on aeromedical missions and is particularly proud of his service with the para-commandos.

“Being a reservist is a different sort of part-time job because you have to meet the same requirements as the regular military. I had a very exciting and colorful career in the Reserve, and I miss the camaraderie,” he said.

Capps called his career as a reservist, “the best experience I have had in my life. I wouldn’t trade it for anything. The experiences you have and the friendships you develop in the military you just can’t get in civilian life.

“I wanted to give back to my community and my country,” he continued. “It takes a special kind of person to be a reservist. You have to balance a full schedule with your civilian career and your family life. Being a reservist is a part-time job that’s never a part-time job.”

Among Capps’ most memorable assignments was as Deputy Chief of Public Affairs at Guantanamo Bay, home to the famed and controversial post-9/11 prison.

“It was the hardest job I ever had in my life,” he recalled. “It was also the most rewarding job I could imagine holding. All of our prisoners were high-value, up to and including the mastermind Kahlid Sheikh Muhammad.

“I always said I’d get out of the military when it stopped being fun,” he observed. “But I haven’t hit that point yet!”

In addition to juggling civilian jobs, family life and the military, these two overachieving reservists are both published authors. Walsh’s second novel, “Red Carpet Run,” is a mystery/thriller. Capps’ first book, “Magicians at War,” is a fast-paced nonfiction look at how many great magicians have contributed to military campaigns through the ages. Both books are available at Amazon and Barnes & Noble.