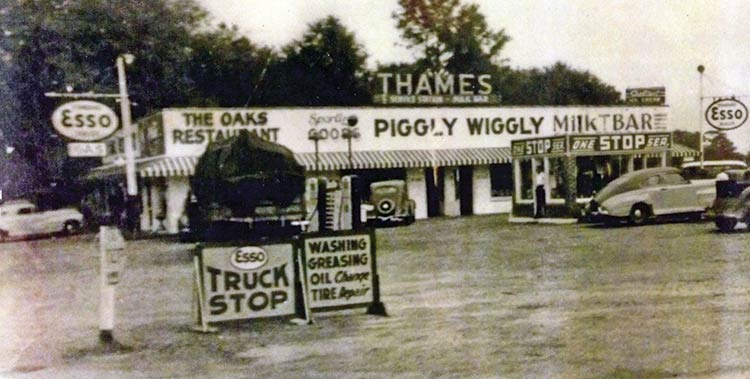 Mount Pleasant has changed a lot in the past 80 years, from a population of 1,700 in 1940 to over 86,000 now. The memories of those who grew up here years ago are treasures to keep and share. The following memoir stories reveal a time when the Old Village was the “downtown,” there was no dentist nor a bank in town, vegetables were stored under the porch, everyone had four-digit phone numbers, Wando High School’s first boys’ tennis team got beat by Ashley Hall and the fire department had to open one lane of the Grace Memorial Bridge during a snowstorm so a baby could be born in Charleston, since there was no hospital East of the Cooper.

Life in Mount Pleasant Before There Was a Dentist or a Bank in Town
– By William L. (Roy) Hills

The Mount Pleasant Boat Building Company on Shem Creek was big business, hauling and repairing boats of all types. My cousin Bob Magwood’s dock was stacked with boats including the “Geneva Moore,” “Ruth” and “The Boxcar.” My cousin Willie Magwood had a one-cylinder, Lathrop-powered shrimp boat, “The Skipper.” When they came in from a day of shrimping, a dozen women headed the baskets of shrimp with lively conversation, humming and singing.

What is now “the Old Village” was “uptown” or “downtown.” I loved to walk through Coleman’s Hardware store (now The Old Village Post House). Mr. Mashe was the postmaster, and most received their mail at the post office. I was too short to reach our combination box, so I just asked for our mail.

The first haircut I remember was in Mr. Crosby’s chair. They called him “Bing.” The Zeiglers ran The Pitt Street Pharmacy. We went to Dr. Freeman before a new doctor, Otis Pickett, set up his office. There was no dentist in town, so my mother took us to Charleston. I remember running away from the barber and the dentist. There was no bank in town, so we traveled across the Grace Memorial Bridge to the South Carolina National Bank.

I went to elementary school in the “new” two-story Mount Pleasant Academy, circa 1938, on the grounds of the now Moultrie Middle School. Harry Douty’s gas station and garage was located at the foot of the Shem Creek Bridge. After school, I stopped at Cope’s, bought a Popsicle and played the pinball machine if I had a nickel or two. When we swam off the Royall’s dock in Shem Creek, we floated up the creek to Buffy Green’s farm (now Cooper Estates) and stole a watermelon or two. 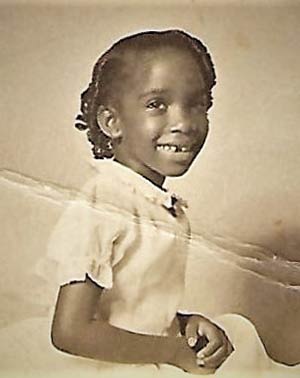 Vegetables were stored under the porch when I was a child. It was called “banking the vegetables,” and the spots were perfect for hide-and-seek. If the seekers took too long, a hearty snack and a little nap might be the outcome. “If you eat those raw vegetables, you’ll get ‘pain of stomach’ like you’ve never had!” the grown-ups would say. “Yeah right!” we thought. The frequent soirees we held in vegetable banks under a whole lot of porches assured us that these threats were idle. When our parents yelled, “Go get 10 sweet potatoes for dinner,” we prayed that there would be enough left.

In Scanlonville, nearly every house had a porch, and every porch was used for more than decoration. Important, private, meaningful, long-lasting conversations were held on those porches. If someone was interested in building a future with you, a “little talk” on the front porch with the parents was vital. In addition, porches were havens for storytellers who were well fortified in food and drink. We listened while sipping sweet iced tea and enjoying the “cooling Cooper River breeze.”

Gnats and mosquitoes reminded us that we were indeed “in the country.” Priming the hand-operated water pumps; going with cousins to move Jimmy, the cow, closer to or farther away from the house; and waiting for those seasons when the migrant workers exited buses and filed down Mathis Ferry Road headed to the fields all confirmed the truth of a different life in the country than that on the “other side” of the bridge.

We sat on our old porches and relished a loving community complete with one huge live oak. We appreciated our ancestors, anticipated bright futures, praised our children’s efforts, ate enthusiastically, laughed unashamedly, bore one another’s burdens and enjoyed that feeling of safety that is often elusive to us.

Life in Mayberry with a Pecan-Stealing, Fence-Jumping, Hitch-Hiking Childhood Partner in Crime
– By Billy Hennessy

Kenny Kirchner was my childhood partner in crime, and I had a fun walk down memory lane thinking about our adventures below:

At 12 years old, the product of a broken home, I told my part-time, weekend father that I wanted my own bed and to attend one school. Prior to that, I had gone to 11 schools. He was a traveling salesman with a little girl in tow, and he gravitated to the most beautiful, charming part of Charleston — East Cooper.

He found us a little cement block house on Cameron Boulevard on Isle of Palms. I thought I had died and gone to heaven. I had my own bed and fried my first buttermilk-battered chicken on a three-burner stove and a cast-iron skillet. Living on the island was like something out of a novel. Back then, it was quiet, and the houses were small, except for a few big ones scattered along the dunes. I washed our sheets in an old ringer washer under the palmetto tree while horn toads sunned on the patches of sandy grass. My dad and I crabbed at Breach Inlet, and I learned how to make deviled crab. We played bingo at Front Beach and fished off the old bridge on Sullivan’s Island. Everyone had four-digit phone numbers and a black clunky landline telephone. That same year the postal service implemented the Zoning Improvement Plan, or ZIP code.

In 1965, my father and I moved to Simmons Street in Mount Pleasant so that I could walk to General William Moultrie High School. I cannot think of anything more idyllic than growing up on the coast of South Carolina. It was pure enchantment, splendor in the sun, beach music, friendly safe neighborhoods with unlocked doors — and all this while the Vietnam War raged on the other side of the world and on our TV screens.

Wando High School opened in the fall of 1973, and I played on the school’s first tennis team in the spring of 1974. We only had one player with tennis experience, Jon Nason, who played No. 1 for us. We were so bad that Coach Ward, our physics teacher, initially ranked us based on how much we changed our service motion to get the second serve in.

The highlight of the season was our match with Ashley Hall, a private school for girls. I played Mary Koester at No. 2 singles and was beaten badly in straight sets. In fact, I believe we lost all our matches to the girls, a 9 to 0 drubbing!

Our rematch with Ashley Hall the next year went a little differently. Our Warrior team had improved. I was fortunate to play at the No. 1 position and luckily beat Margaret Bradham in straight sets. Our team won 7 to 2!

Redemption! We finished the season with a 16-2 record and the knowledge that we could beat a very good girls’ high school tennis team.

On a mid-February weekend in 1973, when I was 7 years old, Mount Pleasant had a record-breaking snowfall. I had never even seen a snowflake before, and I still recall my overwhelming excitement and sense of joy. After watching “Frosty the Snowman” on television each December, I finally had the chance to build my own snowman in my front yard. My dad loaned us an old broom from the garage. My mom donated a long-neglected hat. We gathered sticks and pine cones, rolled out three large snowballs and stacked them on top of each other.

While my brother, David, and I built our first snowman, the Governor of South Carolina activated the National Guard. They patrolled the highways and rescued motorists, saved people trapped in their homes and airlifted food to those who were unprepared for the weather. Thousands of residents lost electricity. Property damages reached into the millions. It was a disaster for many people.

I have no idea if my family lost power at our home in The Groves. I don’t remember being cold, although I am sure I spent endless hours outside. My memory is of the crystal-clear, bright whiteness of my small world and of the joy of my first snow.

I also recall that our neighbor’s daughter-in-law went into labor at the height of the freeze, and there were no hospitals East of the Cooper. She needed to get downtown, but the only way over was on the rickety, rollercoaster of a bridge named “Grace,” which was closed for the duration of the winter “weather event.” Luckily, they opened one lane for this emergency, and a Mount Pleasant fire truck carried her into Charleston. Her baby was born during that magical weekend.