The Crossings at West Ashley 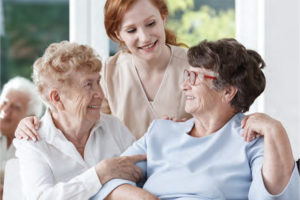 The good news is that according to a study published in January 2017 by Dr. Kenneth M. Langa in the Journal of the American Medical Association, dementia in Americans 65 and older is on the decline. The bad news is that despite the drop in numbers, dementia still affects between 4 million and 5 million Americans. Dementia is a commonly used term for a set of symptoms that … END_OF_DOCUMENT_TOKEN_TO_BE_REPLACED